Intuition is the ability to acquire knowledge without inference and/or the use of reason. “The word ‘intuition’ comes from the Latin word ‘intueri’ which is usually translated as ‘to look inside’ or ‘to contemplate’.”Intuition provides us with beliefs that we cannot justify in every case. For this reason, it has been the subject of study in psychology, as well as a topic of interest in the supernatural. The “right brain” is popularly associated with intuitive processes such as aesthetic abilities. Some scientists have contended that intuition is associated with innovation in scientific discovery. According to the renowned neuropsychologist and neurobiologist Roger Wolcott Sperry though, intuition is a right-brain activity while factual and mathematical analysis is a left-brain activity.

Intuition is commonly discussed in writings of spiritual thought. Contextually, there is often an idea of a transcendent and more qualitative mind of one’s spirit towards which a person strives, or towards which consciousness evolves. Typically, intuition is regarded as a conscious commonality between earthly knowledge and the higher spiritual knowledge and appears as flashes of illumination. It is asserted that by definition intuition cannot be judged by logical reasoning. 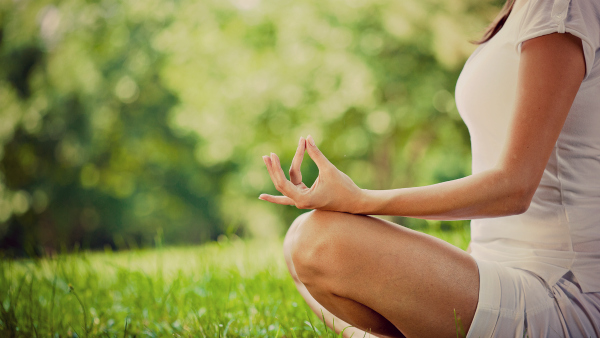 People think you have to sit on the top of a mountain for long periods of time in silence to obtain it. “Not True”, says the wise woman. Although getting centered and spending some time in meditation will help tremendously, intuition usually comes AFTER (and not during), those silent moments. You have to be still to “get connected” and “be downloaded” with information.

Where does the information come from you might ask? Your “higher self”, of course. No one knows you better or knows what is more perfect for you than the higher, grander aspect of you. The “future you”, you might say.

When does the information show up, you may ask? When you least expect it, when you are doing a mindless task. Like vacuuming or sitting at a stop light (those are some of my best times). When you turn off the “monkey mind”, then the true, core thoughts come flooding in. PING! Kind of like that.

How do I start to meditate, you may be wondering? Well, there are a few things to know. Brain waves work as follows, and the goal is Alpha and Theta.

In this video, Katherine shares some meditation techniques to help you quieten the ‘monkey mind’ and tune in more to your intuitive side.

“My 19 year old daughter and I recently participated in an Energy/Spirit Day with some friends. The world of energy and chakra was a new experience for us…and because of our lack of knowledge…we weren’t sure what to expect.

What a difference a day makes! It was amazing, life changing and we can’t wait to do it again. Katherine’s ability to connect and share her Chakra knowledge with her clients is a gift. We walked away with a renewed sense of priorities and purpose. A great investment and a special mother/daughter memory, that we are still talking about a week later!”

Katherine’s unique approach to coaching is very intuitive and direct, she gets right to the core of the issue. She has helped me through numerous “bumps” in the road in my personal life, and cured some physical pain I was having in my body, too!